Why Your Models Need Maintenance

This article was originally posted in my personal blog in May 2017. With the release of RapidMiner Model Ops, it’s now more relevant than ever. RapidMiner Model Ops helps novice users adopt the advanced mindset of continuous model maintenance that I describe in my blog post.

People often think a given model can just be put into deployment forever. In fact, the opposite is true. You need to maintain your models like you maintain a machine. Machine Learning models can get off track or even break overtime. Does this sound odd to you because they have no moving pieces? Well, if so take a look at two phenomena: change of concept and drift of concept.

Let’s start off with an example. If you try to build a predictive maintenance model for an airplane, you often create columns like

as an input for your model. But what happens if error number 5 is not error number 5 anymore? Software updates can drastically change the data you have. They fix known issues but also encode your data in a different way. If you take the post-update data as an input for your pre-update model — it will do something, but not what you expected. This phenomenon is called change of concept.

A very similar phenomenon is drift of concept. This happens if change is not drastic but emerging slowly. An industrial example is encrustment of a sensor. This happens over time and a measured 100 degrees are not 100 degrees anymore. An example in customer analytics are adoption processes of new technology. People did not use iPhones at once, but slowly adopted to it. A column like “HasAnIphone” would mean a very tech-savvy person — in 2007. Today this indicates an average person.

What Can I Do?

An example for window based relearning. The pattern to detect circles moves over time. Only recent data points are included to built a model.

A common approach to overcome concept drifting is window based relearning. Imagine that your model is is build on last year’s data. This window is moving over time and you can thus catch drifts of concepts. While this sounds very nice, it runs into practical problems. One problem is limitation of training data. The smaller the window size, the smaller the sample size.

This approach helps a lot by reducing issues with drifts of concepts. But what about change of concepts?

Changes that are introduced by humans and which could impact the model, need to be reported and the model needs to be adapted. The hard part is, that the person in charge of the changes needs to be aware, that a model is affected by the changes. A ML-aware company culture is key to success. The impossible part is, that you sometimes cannot build a model on “new” hardware. You simply do not have data for a new model and might need to wait for a while until you have it.

Graph resulting from backtesting. Real performance (crosses) is compared to cross validation performances. It is decreasing over time and results in a notification.

Another idea is back testing. In most cases, you know what happened in the aftermath. You can thus compare your model prediction to reality. On the other hand, your validation is giving you an estimate for the true performance of your method. You can use these two averages and make daily comparisons. If the underlying concept switches, you should see a decrease of performance. Dashboarding and notification approaches are a good way to put this into action.

This article demonstrates why the common practice of “Model and Run” is a bad practice. Companies need to have a careful eye on maintaining their machine learning competence. Besides maintaining the involved persons, it is also key to have one common platform and well documented code.

Thanks to Edwin Yaqub. 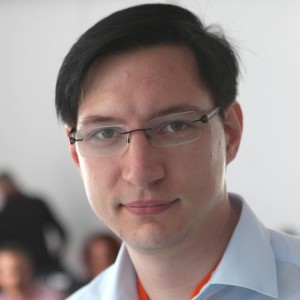 Martin Schmitz, PhD is RapidMiner's Head of Data Science Services. Martin studied physics at TU Dortmund University and joined RapidMiner in 2014. During his career as a researcher, Martin was part of the IceCube Neutrino Observatory located at the geographic South pole. Using RapidMiner on IceCube data, he studied the most violent phenomena in the universe like super massive black holes and gamma ray bursts. Being part of several interdisciplinary research centers, Martin dived into computer science, mathematics and statistics and taught data science and the use of RapidMiner.