How Machine Learning Is Transforming the Energy Industry

Machine learning and AI are some of the most buzz worthy business terms that you hear these days. Because of this, business across industries are looking for ways to implement them in order to improve and automate their core processes. And the energy industry is no exception!

In fact, renewable energy companies (wind, solar, hydro, nuclear) have greatly benefited from the power of machine learning over the years. They have managed to lower their costs, make better predictions, and increase their portfolio’s rate of return. And, this trend is only going to continue at a more rapid pace.

If your company operates in the energy sector – or consumes massive amounts of electricity – chances are that machine learning and AI can help boost your business performance. But how exactly? Let’s dive into it.

There are so many ways that machine learning and AI can be used to positively transform the energy sector. Here are just a few of the most popular applications that are in the works today.

One of the most interesting uses of AI in energy is grid management. Electricity is delivered to customers through a complex network (also known as the power grid). The tricky thing about the power grid is that power generation and power demand must match at all times. Otherwise, issues like blackouts and system failures can arise.

Although there are numerous ways to store energy, the most common way is the ancient but still efficient method of pumped hydroelectric storage. It works by pumping water to a certain elevation and then harnessing it again by allowing it to fall onto turbines.

When dealing with renewable energy, it is difficult to predict the grid’s electricity production capacity. After all, it depends on several factors such as sunlight and wind.

When large swings in demand occur, it can be very expensive for countries which produce most of their energy through renewable energy sources. With most countries shifting towards green energy, responding effectively to swings in demand is becoming even more difficult. For example, Germany plans to cover 80% of its electricity consumption using renewable energy by 2050.

There are two main issues that countries like Germany will face. Firstly, swings in demand. It’s common for electricity demand to skyrocket on a specific day or period of the year (on Christmas for example). The second issue is weather volatility. If there is no wind, or the sky is cloudy, it can turn out difficult to keep up with electricity demand. In both cases, supplemental stations or fossil fuel-powered facilities need to make up for the excess demand.

To solve these issues, many countries are teaming up with companies to analyze and predict weather data, electricity demand, and so on. Germany initiated a project with EWeLiNE, which aims at forecasting how much wind and solar energy to expect at a given time. This allows the country to make up for excess electricity demand by using non-renewable energy whenever necessary.

In order to accurately match supply and demand, they use large historical data sets to train their machine learning algorithms – as well as data collected from the wind turbines or solar panels – to effectively forecast weather and power changes.

Aside from helping to match energy production with energy consumption, AI is becoming a major driver in assuring the reliability and robustness of power grids.

In 2003, a massive blackout in Ohio was caused by a low-hanging high voltage power line brushing against an overgrown tree. The power system alarm failed and there was no indication that the incident had occurred. The electric company did not discover anything until three more power lines started failing for similar reasons. Ultimately, this oversight caused a cascade effect, resulting in the entire grid going down.

The blackout lasted for two days and affected 50 million people. Additionally, 11 people died and there were about $6 billion in losses incurred.

Where AI and internet of things (IoT) step in

Machine learning techniques can be used to implement predictive maintenance. In essence, power lines, machinery, and stations are equipped with sensors that collect operational time series data (data accompanied by a timestamp).

From there, machine learning algorithms can predict whether a component can fail in X amount of time (or n-steps). Additionally, it can also predict the remaining useful life of machinery, or when the next failure may occur. The main purpose of these algorithms is to efficiently predict machine failure, avoid blackouts or downtimes, and optimize maintenance activities and periodicity, thus cutting down on maintenance costs.

In the United Stated, for example, they started installing phasor measurement units to prevent failures in the power lines. They can track:

Besides weather forecasting and renewable energy source optimization, AI is being used in fossil fuel energy source exploration and drilling.

Two years ago, Exxon Mobil teamed up with MIT to produce self-learning submersible robots to explore the ocean surface. These robots will be equipped with machine learning algorithms to not only help them learn from their mistakes while conducting explorations, but also to carry out the same work that a scientist would, without the risk.

The robot will explore, record data about the ocean floor, and make an analysis based on the data to help identify new locations to drill oil and natural gas.

Switching to renewable energy sources isn’t just for governments and electric companies to focus on. In fact, numerous companies like Google and Microsoft have tried to make an impact on the environment and their bottom lines by lowering their overall energy consumption.

Google is well-known for its massive data centers established around the world. These data centers produce a great deal of heat, which require a massive amount of electricity to cool down.

To address the problem, DeepMind AI used machine learning algorithms to reduce energy cooling on its Google data centers by 40%. Aside from greatly reducing their utility bills, it also helped to lower overall emissions, reducing the carbon tax they would otherwise have to pay.

The Future of Machine Learning in Energy

Machine learning and AI certainly have a long way to go in the energy sector. With developed countries aiming for a completely green economy, maintaining a balanced, resilient, and reliable power grid is a top priority.

That’s where smart grids come into play. Smart grids are power grids which combine the power of IoT and AI to create a digital power grid that enables a two-way communication between consumers and utility companies.

Smart grids are equipped with smart meters, sensors, and alerting devices which continuously gather and display data to consumers so they can improve their energy consumption behaviors. It can also be fed to machine learning algorithms to predict demand, improve performance, reduce costs, and prevent system failures.

Although smart grids are being adopted in several developed countries, we still have a long way to go before switching to 100% renewable energy sources, AI-controlled power distribution, and grid management.

Choosing an ML Platform for Your Energy Business

The emergence of machine learning and AI have vastly expanded what is possible; however, there’s still much to be said for partnering with the right experts to ensure you get the most accurate, insightful, and actionable information out of your data.

We can help you to maximize efficiency to meet energy demands and better satisfy your customers. Request a demo to see for yourself!

Sometimes the most difficult thing is simply knowing where to start. Identifying impactful use cases is one of the most cited roadblocks for organizations seeking to leverage AI.

Learn from these 50 use cases across all industries.

Getting a machine learning project off the ground is hard. How do you build a solid project foundation from the very start? Download the whitepaper.

Putting People at the Center of AI: RapidMiner 9.6

With our latest release, we’re letting anyone shape the future for the better, regardless of their background or skillset. Check out the highlights in this blog post.

Get a complimentary copy of the 2021 Gartner Magic Quadrant for Data Science and Machine Learning Platforms. 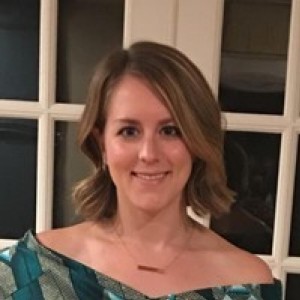