Data science has historically been a very hands-on endeavor—cleaning your data, training and testing your models, monitoring them for drift, and adjusting them to maximize business impact. So, it’s no wonder that automating data science has become so desirable.

Because data science is a repeatable, step-by-step process, it lends itself to automation. In fact, according to Accelerate Your Data-Drive Transformation, a commissioned study conducted by Forrester Consulting on behalf of RapidMiner, 77% of those surveyed said that a platform that offered automated ML features would be either extremely value or very valuable to their organization.

Even if you have a team of data scientists at your disposal for model building and deployment, the time savings that come from automation make it a valuable addition to practically any business.

If you’d like to read more generally about how to get a data science project started, check out our Human’s Guide to Machine Learning Projects.

Trying to get your machine learning project off the ground?

Our Human’s Guide to ML Projects walks you through everything you need to do to build a solid project foundation, right from day one.

Proper data science automation begins with getting the data into the system. With a data science platform like RapidMiner, it doesn’t matter where the data is coming from—local sources like a file, remote sources such as a database, or even cloud-based data sources. Once the data has been loaded into the system, the next step is data preparation.

Raw data needs to be converted into a form that can be used in model training and testing. Some of the typical steps in data preparation include:

With the RapidMiner platform, these steps are easy, as many of them are automated and others are guided. For data cleaning, automation can perform normalizations and principal component analyses (PCAs) and deal with problematic or missing values, among other actions.

Because many of the data cleaning and transformation steps are highly domain-specific, a data scientist’s best approach, if they aren’t an expert themselves, is to partner with subject matter experts in the domain. The automated data cleaning fixes all sorts of problems and helps make the data more suitable for optimal machine learning.

The next step in the process is model building. This is where the rubber meets the road for data scientists. With an automated data science platform, the best model for the data is selected automatically. Although with many platforms (including RapidMiner), you’d be able to adjust this and try a different kind of model for your data.

Something noteworthy during this step is feature engineering. This is when you use existing features or variables to identify and derive new relationships in the data. RapidMiner’s Auto Model can tackle this for you.

Auto Model uses a multi-objective optimization technique that generates additional features from the existing ones. Sometimes, automatic feature engineering introduces overfitting (or adding more parameters than the data justifies into the feature space). But its multi-objective approach won’t allow overfitting to occur because it also balances the complexity of your model while it’s working.

The RapidMiner platform presents users with the models it believes will perform best with the data provided, in a way that humans can easily understand, in a reasonable amount of time, while allowing for override if the need is there. This combination of automated features makes it easy to get a model up and running in no time, even if you aren’t a data science expert.

4. Push your model into production

Once the models are built and decided on, they have to go into production where they begin interacting with the world in real time. Although models are built on existing or historical data, once a model is in production, it uses new data to generate predictions

Often models are deployed as active, which means they’re producing predictions. Or, they are deployed as challengers, which allows the business to compare models to see what performs the best and also compare to their current methods of doing things.

You’re almost done! But not quite. Even after the models have been deployed and are producing predictions, they need to be validated on a regular basis to ensure that they are performing well.

Sometimes models are built on a data set and, after time, their performance gets worse. This is often a result of external changes and can be detected by looking at the so-called drift of the inputs, which refers to changes in the inputs over time—specifically, between when a model was trained and now.

Deep learning models are especially vulnerable to drift. With a data science platform like RapidMiner, it is straightforward to identify and deal with drift by retraining the model on updated data or taking other measures if needed.

A standard part of deployment is model operations, or model ops. Model ops is all about automating the maintenance around the deployed models. This way, data scientists can be alerted if something is no longer working as it should. Model ops also integrates the production models with an existing IT infrastructure through APIs.

Machine learning doesn’t require just the services of competent data scientists, but also the orchestration of a number of participants, including data engineers, business product owners, IT, operations, and others, depending on the organization and the specifics of the project. The best automated data science platforms provide transparency and allow for collaboration between all interested parties.

With a platform like RapidMiner, automating your data science project is simple and transparent. The fact that RapidMiner offers both an automated as well as an augmented, guided approach helps put people at the center of ML projects, regardless of their skillsets or background.

Learn more about how data science automation can help your organization by signing up for a free, no obligation AI Assessment. We’ll walk through your use cases and help identify high-impact areas that will impact your bottom line.

How to Prepare for Supply Chain Disruptions

Get ahead of inevitable supply chain disruptions and avoid any serious long-term impacts. Here are best practices and tips that organizations should implement today.

Resilience is the new accuracy in data science projects. Here’s why your “best” model might not be the best at all…

Get a complimentary copy of the 2020 Forrester Wave: Multimodal Predictive Analytics And Machine Learning Solutions 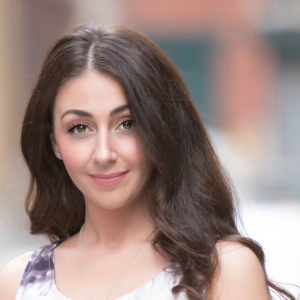 Kristen Vaughn is a Digital Marketing Manager at RapidMiner. She develops, manages, and executes digital strategies to better reach audiences, provide the information that users are looking for and create engaging experiences across online channels.